We were very happy to support the GKN vs Imtech Inviron Charity Golf Day at Thornbury Golf Club raising money for the Jessie May Charity.

On Friday 13th October 2017 one of our trainers (Martyn Down) joined the GKN team against Imtech Inviron in support of the Jessie May charity as part of a charity golf day at Thornbury Golf Club. A great day was had by all and in support of a fantastic cause with some important funds raised! 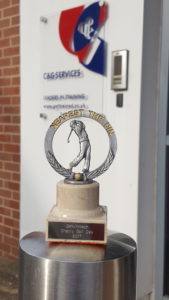 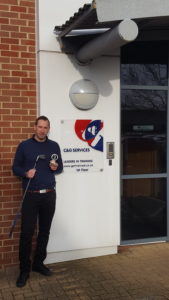 May is a Bristol-based charity providing nursing care at home for children and young people with life limiting conditions who are not expected to live beyond the age of 19. Jessie May was established in September 1994 by Chris and Philippa Purrington, following the death of their baby daughter Jessica May.

Jessica’s parents were determined to do what they could to enable other children with conditions like Jessica’s and their families to have support in their own homes and the choice to die at home when that time comes. After a lot of hard work and perseverance initial funding was secured, and Jessie May was officially launched in 1996.

You can find out more about which cookies we are using or switch them off in settings.

This website uses cookies so that we can provide you with the best user experience possible. Cookie information is stored in your browser and performs functions such as recognising you when you return to our website and helping our team to understand which sections of the website you find most interesting and useful.

Strictly Necessary Cookie should be enabled at all times so that we can save your preferences for cookie settings.

If you disable this cookie, we will not be able to save your preferences. This means that every time you visit this website you will need to enable or disable cookies again.

This website uses Google Analytics to collect anonymous information such as the number of visitors to the site, and the most popular pages.

Please enable Strictly Necessary Cookies first so that we can save your preferences!